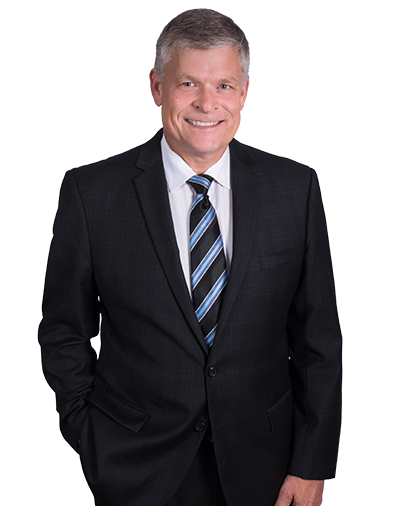 Mike Henry joined Crabbe, Brown & James in 1985 and was named a partner in 1995. Mike has played a crucial role in building Crabbe, Brown & James’ successful insurance defense litigation practice area. From Chillicothe, Ohio, Mike’s practice has taken him throughout the state, appearing in court in 76 of the 88 counties in Ohio.

Over the course of his career, Mr. Henry has conducted over 75 jury trials in both state and federal courts. His litigation experience includes appearing before the Ohio Supreme Court and the U.S. Sixth Circuit Court of Appeals. Mike has also presented on a variety of litigation and insurance topics to various groups, including judges, attorneys, and insurance companies.

Represented the defendant in Franklin County Common Pleas against Plaintiff’s claims of multiple chemical sensitivities, respiratory issues and cognitive deficits.  Plaintiff claimed that the injuries were caused by the negligent installation of insulation and asked for $440,000 in damages.  The jury awarded Plaintiff with $7,500 in damages. (Crist v. Energy Tech, 19CV06971).

Obtained a favorable jury verdict in Licking County Court of Common Pleas, representing the defendant in a clear liability auto accident.  Attempts at settlement were unsuccessful and the case proceeded to trial.  The Plaintiff sought damages for $85,000 from the jury but the jury returned a verdict for $12,034. (Gulick v. Simco, Case No. 16V00961)

Successfully represented the driver of a pick-up truck involved in an accident with a motorcycle in Ross County Court of Common Pleas (Duvall v. Tipton, Case No. 15 CL 228).

Secured defense verdict Fairfield County Common Pleas, for the defendant in a vehicle accident that occurred between a van and two motorcycles. The Plaintiff sought significant damages for injuries allegedly sustained to her wrist. The jury returned a verdict for the defense, finding no liability for Plaintiff’s claimed injuries. (McFarland v. Barnes)