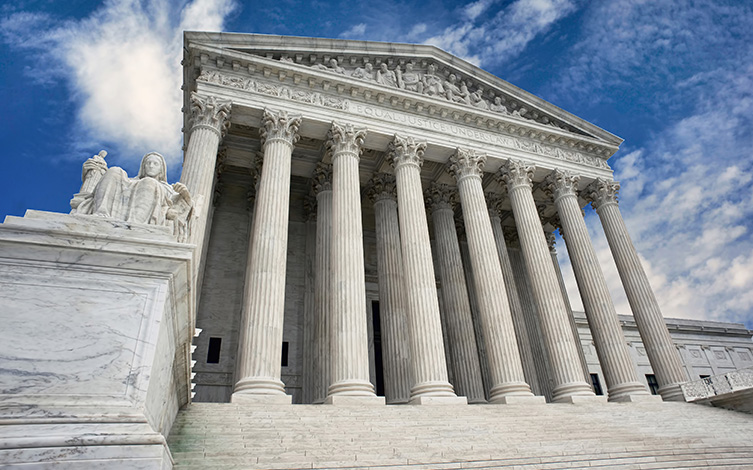 On June 23, 2021 the Supreme Court of the United States decided Lange v. California, a case examining the contours of the Fourth Amendment and the hot pursuit doctrine. Crabbe, Brown & James, on behalf of its client the National Fraternal Order of Police (FOP), filed an amicus brief in support of law enforcement and the judgment below. The Supreme Court held that police officers cannot automatically pursue fleeing misdemeanor suspects into homes without warrants. But what does this mean for law enforcement officers moving forward? When the situation warrants immediate action, take it. When it doesn’t, get a warrant.

For a complete summary of this hot pursuit case please see our previous article. The “hot pursuit” doctrine provides that police may pursue a fleeing suspect into a home—without a warrant—when they have probable cause to make an arrest and when they set that arrest in motion in a public place.

What does this hot pursuit case mean for police officers?

The Court’s ruling in Lange did not end the hot pursuit doctrine, nor did it overturn any state law or previous Supreme Court cases regarding exceptions to the Fourth Amendment’s search warrant requirement. Instead, in Lange, the Supreme Court merely declined to create a new rule that would extend the exigent circumstances exception to the Fourth Amendment’s warrant requirement to every case involving police pursuit of a suspected misdemeanant. As a result, whether an officer is justified in making a warrantless entry in pursuit of a fleeing misdemeanor suspect will still be determined based on a review of the totality of the circumstances facing the officer at the time.

After noting that misdemeanors vary by state and can range in seriousness from the violent to the trivial, Justice Kagan reasoned that the commission of a misdemeanor should not trigger any across-the-board right for police to enter a home without a warrant. Instead, she explained, the gravity of the suspected offense and the surrounding circumstances—including whether the suspect fled—must be examined on case-by-case basis in order to determine whether the police were justified in making a warrantless entry of a home. She concluded by observing: “On many occasions, the officer will have good reason to enter—to prevent imminent harms of violence, destruction of evidence, or escape from the home. But when the officer has time to get a warrant, he must do so—even though the misdemeanant fled.”

Ultimately, the Supreme Court’s decision in this hot pursuit case directs police officers to do what they have always done when deciding whether to pursue a fleeing suspect: use their experience, common sense, and training.

Crabbe, Brown & James’ Managing Partner, Larry H. James, has been General Counsel to the National FOP since 2001. The National FOP offer their service as amicus curiae when important police and public safety interests are at stake, as in this case.